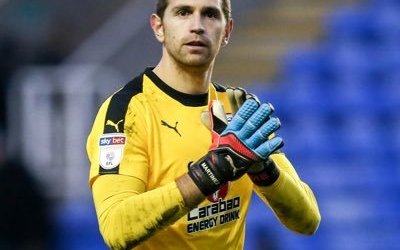 Against the odds, Reading secured their Championship survival at the weekend despite losing away at Middlesbrough as other results went their way. This is in no small part thanks to the manager, and the loan players that were bought in, in January. One of those is goalkeeper Emiliano Martinez.

Emiliano Martinez has quickly become a fan favourite during his time with the Royals, with some of the performances the keeper has turned in, in some key games, being spectacular. It’s fair to say the Argentinian has won the club points on his own. Given the fine form the Arsenal loanee has shown in his few months at the club, I’m sure the club would love to sign Martinez permanently.

Over the past few days, Martinez has come out to the press and said that he wants his future at Arsenal resolved. The man between the sticks joined Arsenal in 2010, but since then he has only started three league games. The 26 year old is now entering the prime of his career and wants to play games regularly. Either that or his career path will follow similarly to that of ex-Reading keeper Stuart Taylor.

I have no doubt that Jose Gomes would love to sign Martinez on a permanent basis if the opportunity presented itself. The experience he has picked up in his nine year tenure at Arsenal, despite the lack of games, has already proved it’s worth in Berkshire. If the Royals can secure the signature of the shotstopper on a permanent basis in the summer, despite the clubs concerns surrounding Financial Fair Play, then Reading may have found a solution to this position for a number of years to come.