Who will replace Stam? – The candidates 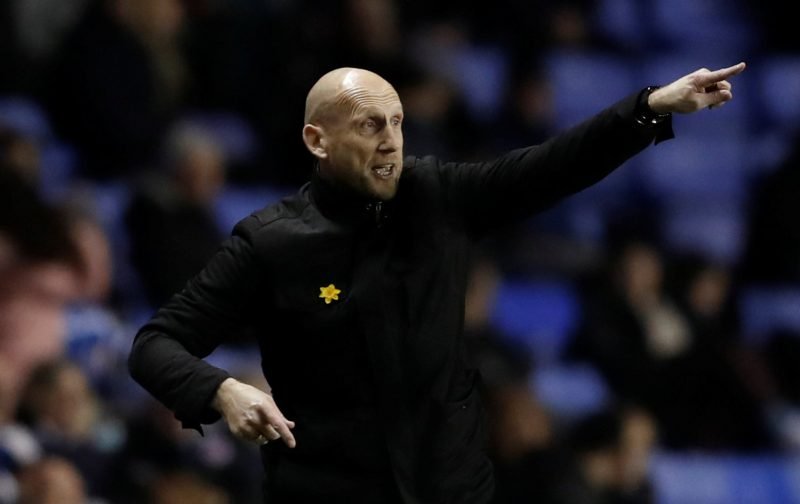 Now Stam is finally out the door, the looming question is who is going to save us and get us out of this mess? We assess 12 of the potential candidates for the Royals hot seat.

Paul Clement – The very, clear and outstanding favourite at this moment in time, with every bookies making him odds on to take the job. The Daily Mail are reporting its a done deal for Clement and could even be announced today, but that remains to be seen. Some may say he was harshly treated at Derby and did a decent job to keep Swansea up last year. Some have said his football is similar to Stam’s, but is based around a more defensively-solid outlook, which we need at this moment in time. While it may seem underwhelming on paper, I would be happy with this appointment.

Steve McClaren – The current second favourite with some bookmakers, as he looks to return to English football, following a short stint in Israel. Despite not boasting the best record in English football in recent season, he has a very respected reputation as a coach and got Derby playing some very football during his stints there. It wouldn’t be a popular move, but we could do an awful lot worse than McClaren.

Mark Warburton – The former Rangers and Brentford boss will be wanting to get back in the game after an unsuccessful stint at Forest this season, and will want to recreate an outfit like he did at Brentford. Like McClaren, a very highly respected coach intent on playing attacking football, but may not have the focus on defensive issues that we currently have. He did not comment on speculation linking him with the job, but I’m sure his agent will be making a few phone calls.

Graeme Murty – While he is currently in a job with Rangers, making it more unlikely, could we tempt a club legend back with a longer-term deal that Rangers don’t seem likely to offer? It’s a possibility, but a slim one. There’s no better way to get the players revved up than someone who cares so much about the club coming in, but it may not be the fully developed coach just yet to get us out of this mess. Definitely one for the future, but not now.

Nigel Pearson – The former Leicester boss has been out of work for over a year now and will be itching to get back in, but only for the right opportunity. While he has had a few incidents which doesn’t put his reputation in a good light, there is no doubting his credentials as a manager and would be a good fit to get us in order. Wages could be a stumbling block though.

Phil Parkinson – Another Royals legend being touted, who is also sharing the relegation battle with the Royals. Very similar to McDermott in that he focuses on defensive strengths and solid structure, as we found when we played Bolton last month. Every time this jobs come up, we always say Parky isn’t ready, but after slowly dragging Bolton away from trouble, isn’t there a case he is ready now? Bolton won’t want to lose him, but I’m sure he’d be interested in a return.

Marco Silva – He is among the bookies names, but it’s fair to say he is very unlikely to be tempted to come here. His pedigree as a manager is clear for all to see, but I doubt he’ll want to try and get a Championship team out of a dogfight when he is reported for Premier League jobs.

Marcel Keizer – The former Ajax boss is not exactly a household name, but according to Sky Sports, is in the running to the new gaffer. I would imagine this is a name that Brian Tevreden has thrown into the mix, but wouldn’t fill everyone with confidence if he brings a similar style of football that Stam did. While he didn’t exactly set the world alight with Ajax, they were defensively very sound. Not my first pick, but wouldn’t be my last either.

Mick McCarthy – In my opinion, despite Ipswich fans’ complaints about his style of football, Mick would be the right person to firstly get us out of this mess, then secondly have a push at promotion with some funds. On a few occasions he has had Ipswich in the play-off mix with very little funding. His contract is up at the end of the season and if we offer a longer-term deal, could be tempted to jump ship.

Danny Cowley – The Lincoln boss is getting plenty of plaudits for his work with the League Two club, having got them promoted from the Conference last season and now on the verge of the play-offs this campaign. He will probably get to a point where he can take Lincoln as far as he can, so this may not be an option we can pursue at this moment in time.

Paul Hurst – He hasn’t been in the mix, but this guy is certainly making good noises in the League One, as against all odds, he has his Shrewsbury side battling at the top with the likes of Wigan and Blackburn. The former Grimsby gaffer was touted for the Sunderland job this season and has arguably succeeded at every club he has been at, but is yet to get the opportunity to prove himself higher up. Like Cowley, this may not one we can look at yet, but possibly at the end of the season.

Scott Parker – This name has been chucked into the mix by the bookies, despite any real link to the club. The former England midfielder retired from football last season and is now working at Tottenham’s academy, but is creating a good reputation as a coach. I doubt this one will go anywhere as it makes no sense, but you never know. I think I’d rather have him as a player than manager at the moment!