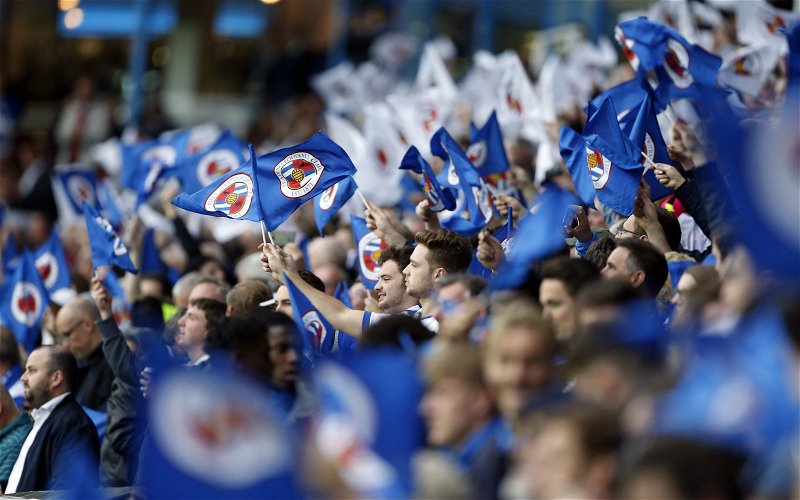 After a brilliant 3-0 win against Cardiff City last Sunday, Reading fans were very excited to see what lies ahead in the future at the Madejski Stadium.

For this game, Reading switched to a formation that saw three central defenders at the back instead of the usual two that have been played against Sheffield Wednesday and Hull City earlier on this season. The change of formation paid dividends at the weekend against Neil Warnock’s side and Jose Gomes may have found his best starting eleven in the process.

Rafael has been in goal for the past two games against Wycombe Wanderers and Cardiff City. In the Carabao Cup game against Wycombe, Rafael made two penalty saves as the Royals went on to win the penalty shootout which took them through to the next round.

He also looked very solid against Cardiff City and made one particular save that was top drawer. His performances have been a stark contract to Joao Virginia, who’s looked shaky in the games that he’s played so far.

With the injuries to Jordan Obita and Tyler Blackett, Omar Richards has come in to the starting lineup for the first few games of the Championship season. Whilst Richards is not being the best defensively, he suits the wing-back role and has made the position his own.

Jordan Obita, who’s closing in on a return to the first team squad, may find it difficult to displace Richards if the young left back keeps up his good performances. Fellow wing-back Andy Yiadom has now also been given the license to push forward more which has taken the pressure off him in terms of defensive duties. Yiadom is also very good going forward.

The central defence looks even more impressive. The central defensive trio of Moore, Morrison, Miazga has given the side a good balance of experience, leadership and quality at the heart of defence. Michael Morrison, who signed on a free transfer from Birmingham City in the summer, looks to be a very shrewd piece of business for the Royals.

The only downside to the defence is that Matt Miazga has only come to Reading on a loan deal. If they can secure his permanent next summer, he could really help in firing Reading back to the top flight.

In front of the back three, Pele and Swift were the midfield pairing that put in strong performances against a Cardiff City side that were recently relegated from the Premier League. Swift’s range of passing and Pele’s protection of the defence has given Reading everything they need in midfield. Even Andy Rinomhota, who was Reading’s player of the season in the last campaign, didn’t make it in to the starting eleven.

Ovie Ejaria was the midfielder who was more advanced and justified exactly why Reading made all the effort to bring him back to the Madejski Stadium. His skill and trickery caught the eye and was one of Reading’s best performers on Sunday. What a signing this could turn out to be, it’s fantastic that the Berkshire side have the option to make his signing permanent next summer.

In a move that hasn’t been seen at the Madejski Stadium regularly in recent years, Gomes decided to play two strikers against Cardiff. Was attack the best form of defence against the Welsh side? It certainly seemed like it, with the Royals keeping a clean sheet.

New signings George Puscas and Lucas Joao started up top, with the former bagging a brace in the first half against the Bluebirds. Both players seemed to have an understanding with each other already, a promising sign for Jose Gomes who will want the pair to be two of his most important players in this campaign.

If Reading can put in more performances like the one they put in against Cardiff City, this could be a very exciting season for Reading Football Club and their supporters.